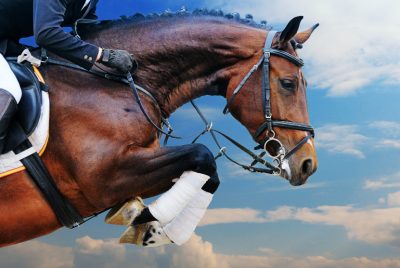 Three different people warned me this client’s mare would bite. The leasee, who’d arranged the appointment, said in her message that the mare was wonderful under saddle, but would bite at the least provocation. Having worked with me before with another horse, she had an inkling there might be an underlying problem.

The owner told me at least five times before I laid hands on the horse that if I hit on a spot she didn’t like, under no uncertain terms the mare would bite me. The trainer came by while I was working and re-enforced the warning, multiple times, mentioning that the horse had bit her in the back a couple of days earlier, when the trainer had bent down to undo a leg strap on a turn-out blanket.

As the mare was led up and I said, “Hello, sweetheart.” I was promptly informed that she had many excellent qualities, but sweetheart was not one of them.

If I didn’t know better, I would have thought I detected a slight note of glee at the upcoming spectacle of me dodging a set of angry yellow teeth.

As an equine therapist, dealing with animals in pain is why I’m called out; for pain or a problem with movement. I see a number of horses on maintenance programs, but usually it’s when an owner has noticed a change in behavior or ability, or there’s been an accident, that they call me.

Working with all sorts from meat pen rescues to big dollar performance horses, I know any horse can react badly, at any time, and a wise body worker is cautiously casual at all times. Cautious, because upsetting a thousand pound flight animal can be hazardous, and not all therapy is a spa visit. Casual, because if you’re nervous, it’s guaranteed the horse you’re working with will be anxious about your lack of confidence.

However, one doesn’t usually get warned ten times before commencing work. This mare was as serious as a heart attack and reconstructive surgery is just not on my list of things to look forward to.

This particular mare, let’s call her Rosie, is a performance horse with loads of ability, lots of try, a great attitude under saddle, and a predilection for biting. According to those who know her, there’s nothing wrong, it’s just her. A quirk, if you will. 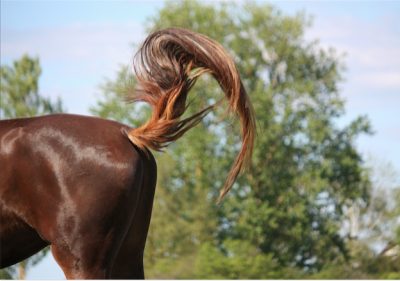 I didn’t believe it for a moment. A horse that is biting has gone through its repertoire of communication tools and not been heard. Of course, some horses will run through those tools a blink of an eye, but as this quirk had gone on for years, I was inclined to think the problem was long ago rooted in discomfort.

Sure enough, right behind Rosie’s withers was a diamond shaped spasm hinting at the misaligned spine beneath. There was also a white mark in the coat, about an inch long, with a thickening under the skin speaking to scar tissue, a clear sign of an old, healed injury. Her dermatome for the area – where the nerves relating to specific vertebrae feed the tissues, was rigid with muscle cramping. In fact, her entire body was rigid.
It was like massaging a wooden board. A board with teeth and a cranky attitude.

My first move was to play my friendliest game – to find the spot she loved to have rubbed the most, and give ‘er until the mare turned to mush, lips wiggling, eyes half closed in ecstasy, neck stretched out and twisting. After a few minutes she turned to look at me, really look at me, to see who on earth I was and what on earth I was up to.

I’d blown her expectations; of being treated well, but groomed (hates it), tacked up, and ridden. She enjoyed her massage so much, the owner was taking pictures and texting them to friends. Rosie was leaning hard on me, trying to increase the pressure to destroy-all-knots-forever-in-one-go levels.

No surprise that where the deep tissue work felt best was all throughout her lower neck, withers and shoulders, into the rib cage, where the worst of the spasm was found. I could not massage hard enough for this girl, although I gave it my best shot. Slowly the inflamed muscles began to release and finally I could feel the spine – it had been so blocked by heavily built up, protective, splinting muscle you wouldn’t have even known there was a spine in there, except that something was holding this mare’s ribs up off the ground. 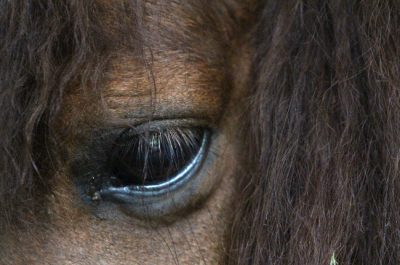 Adjustments were made, the withers and ribs realigned, the spasm released, the mare sighed and softened, the owner smiled…

And I never did get bit. She never even threatened, not once. Someone was finally trying to listen to this horse.

Rosie has wonderful, experienced horse people who absolutely have her best interests at heart. But this matter crept up on them, and the physical signs were misunderstood or not recognized. So the mare had taken up the equine version of screaming, “Get Lost!” by random, theoretically unprovoked biting. It’s a big body and a small, old injury, but to Rosie, perhaps it was all encompassing and we can’t begin to know how it felt to be in her body, how painful, how outright wearing on her good nature that a misaligned spine and rib cage felt to her.

Do we have a happy ending? Has the horse never bitten again? Don’t know, this was just a few days ago… but I do know she accepted the entire treatment process, including some uncomfortable chiropractic adjustments, without once yelling at me.

She read my intention to help, accepted the offer of working my way into the problem in the most enjoyable way possible, that I was trying to hear her, to offer healing in ways that wouldn’t overwhelm her. Rosie assessed the situation and allowed the process.

For me, there was a huge amount of satisfaction in finding my way with her, in helping her find so much relief. And at the end of the day I sure appreciate the lack of teeth marks! And let’s face it, when we’re out of pain, usually we all have a much better attitude about life. 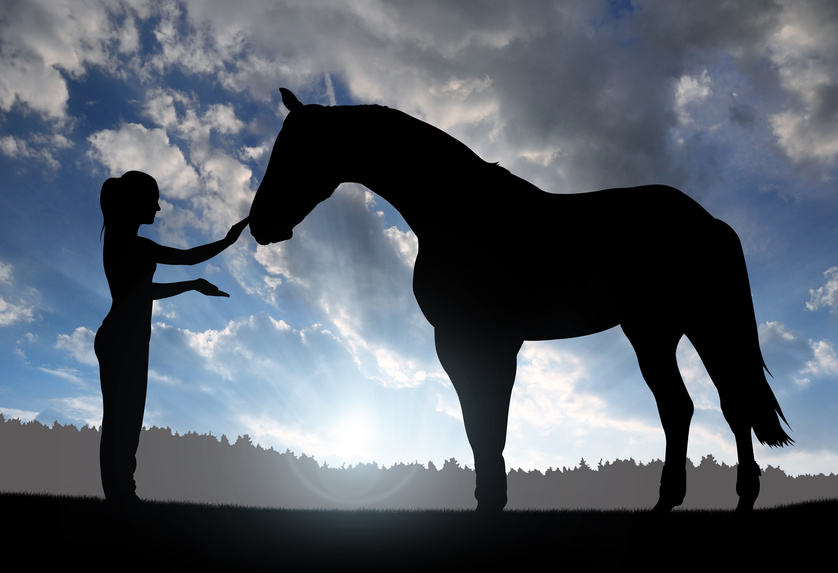