Clinical Studies on Diatomaceous Earth as a Natural De-Wormer

Following on from my post, Worming Horses Naturally – Is It Possible?, I received even more questions and links to anecdotal blog posts about the use of diatomaceous earth (DE) as a natural anti-helmintic treatment for horses.

Blog posts like this one from Joe Camp seemed to directly contradict my quote from equine parisitologist, Dr. Martin K. Nielsen, that clinical trials done with diatomaceous earth showed no significant reduction in worm burden.

So of course, I then had to go looking for Dr. Nielsen’s sources – which took me about four hours! – to try to ascertain WHY the clinical studies on DE showed no reduction in Fecal Egg Counts (FEC), but yet horse owners like Joe Camp were claiming an FEC reduction after using diatomaceous earth.

Personally, I wondered if the reason the clinical trials for DE didn’t work was because they were using too small a dosage? Also, in Camp’s post, he points out that the type of DE you use is also important as different brands have double the surface area and a higher pore volume than others.

Well, as someone who’s used DE successfully in various topical applications, I’m sad to say that despite all the anecdotal evidence to the contrary, in all of the clinical studies I looked at, DE did not have an significant effect on worm burdens in steer, sheep, or goats.

One of the studies even gave the specs of the diatomaceous earth they used – similar to Joe Camp.

And here’s the kicker: The clinical trials using diatomaceous earth used a higher dosage of DE than Joe Camp and many other laypeople! So there goes my theory about the dosage being too low. 🙁

The standard diatomaceous earth dosage in clinical trials (in the 4 I looked at) seems to be 2% of DMI (dry matter intake) per day.

Joe Camp reports a reduction in fecal egg count feeding a maximum dosage of 2 cups DE per day for 14 days. But that’s only 128 g per day, which is less than the dosage used in the clinical trials!

Why Do Some Report Success De-Worming with Diatomaceous Earth?

So WHY might Camp’s horses have a reduced FEC (assuming he is carrying out the FEC test correctly)? Well, as Dr. Nielsen stresses repeatedly, pasture management is absolutely key in reducing the worm burden in your horses. Lots more info on pasture/manure management here. So perhaps Camp is very good at removing manure promptly, or using high sun exposure of sufficient duration to harrow and kill worms, or composting before spreading manure back on cleared fields.

Another point that emerges when you study the clinical trials is that even in the control groups (given nothing) the FEC reduces or peaks according to the season – or perhaps even the weather, or soil conditions – more study is definitely needed on both the environmental conditions that affect worm burdens and on the ability of the animal’s own immune system to take care of challengers.

It basically comes down to this: Without a control group (untreated horses kept in exactly the same conditions) you just cannot know whether the change in FEC is due to anything you’ve administered, or would have naturally occurred anyway.

The good news – for those of us who will continue to search for natural de-worming methods that work reliably (other than pasture management) is that ongoing research into herbal and other natural methods of parasite control is ongoing.

Currently, Dr. Nielsen is fundraising for a study on a strain of Bacillus thuringiensis (soil bacteria) that has thus far proven 97% effective in pig trials. You can learn more about that here, Let the Germs Get the Worms (p.s. the Donate button is not in the videos, it is at the top right of the page).

HOW Does Diatomaceous Earth Work Anyway?

And one last point before I close – because this seems to be a point of misunderstanding, even in some of the scientific literature. Some think that DE works because the crystalline silica ‘spikes’ on the diatom skeletens pierce the worms or parasites. However, this is not correct and superior forms of DE are actually certified to contain mostly ‘non-harmful’ amorphous silica.

The mechanism that is believed to kill worms and parasites is the dehydrating effect – where the DE pulls body fluids out of the worm’s bodies thereby killing them. However, as you might imagine, there is a lot of water/moisture inside the gut of any living creature. So how can we expect this dehydrating mechanism to work well in that kind of environment?

Murray Woodbury DVM, MSc sums this up nicely in his article, The Real Dirt on Diatomaceous Earth Used For Worming Bison:

However, as you may have experienced, this is precisely why diatomaceous earth works so well externally on pets, gardens, and even clearing your kid’s super oily hair after a natural lice treatment!

And one last ‘behind the scenes’ comment from Dr. Martin Nielsen regarding these studies: 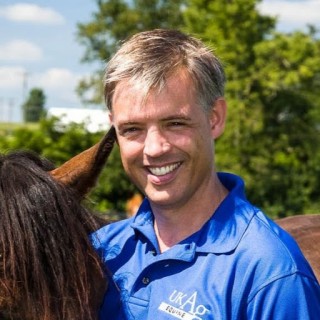 “In addition to these published reports, there are several additional unpublished studies. Some have been presented at conferences and others have just been communicated to me by colleagues. All showing the same thing. Several of my colleagues have attempted to set up coprocultures, where parasite eggs are hatched and larvae emerge. They all found that presence of DE at various dosages in these cultures did not appear to affect larval survival.”

Fernandez MI., Woodward    BW. and Stromberg BE. 1998. Effect of diatomaceous earth as an anthelmintic treatment on internal parasites and feedlot performance of beef steers. Animal Science 66:635-641
“Offering 20 g DE per kg food intake for 46 days to beef steers on a high cereal-based diet had no effect”

McLean, Barbara et al. THE INCLUSION OF DIATOMACEOUS EARTH IN THE DIET OF GRAZING RUMINANTS AND ITS EFFECT ON GASTROINTESTINAL PARASITE BURDENS, ADAS, UK
Again, look at the Tables provided to see the peaks and troughs in FEC across all 3 groups tested (chemical wormer group, control group and DE group).

Allen, Janet. Organic Farming Research Foundation Project Report #98-03: Alternative Parasitides for Organic Lamb Production
“Overall, no pattern or improvement can be seen in any one of the samples from the different testings. In
fact, the Control group, Group 1, received no treatment at all for worms and ended up with the lowest count overall
for this particular type of parasite.”

Ahmed M., Laing MD and Nsahlai IV. 2013. Studies on the ability of two isolates of Bacillus thuringiensis, an isolate of Clonostachys rosea f. rosea, and a diatomaceous earth product, to control gastrointestinal nematodes of sheep. Biocontrol Science and Technology
“DE was fed at 2% of sheep diet. Relative to the control, treatments had no effect (P>0.05) on EPG, but reduced (P<0.001) larvae per gram (LPG) in faecal culture. Efficacy varied with time (P<0.001). On Day 7, Bacillus thuringiensis Berliner (Bt), Clonostachys
rosea f. rosea Schroers (C. rosea) and diatomaceous earth (DE) had efficacies of 76, 87 and 61%, respectively.”

*The interesting thing about this study is that although the diatomaceous earth had no effect on parasites, the combination of the B. thuringiensis and the C. rosea together showed the highest efficacy at reducing FEC.

If you’ve had success (ideally documented, using Fecal Egg Count testing, please) with a natural de-wormer, please let us know what you did in the Comments section below. And very important: Please include details on dosage and how many times a day you administered the substance.

Also tell us what you’re doing with your manure and pastures to reduce or manage the re-infestation and contamination issues of worm control. Oh yes, and be sure to mention which climate or town you live in – since weather conditions greatly affect worm control practices. Let’s pool our resources and ideas because you never know when someone might have a little tweak that makes all the difference!

Clinical Studies on Diatomaceous Earth as a Natural De-Wormer