At The Center Is The Heart 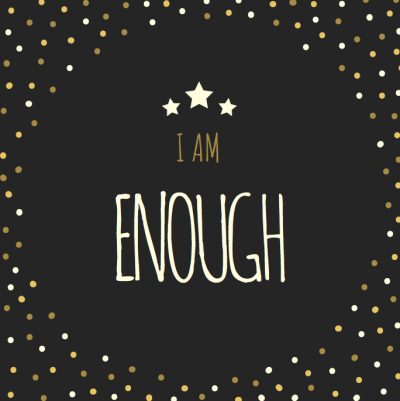 I read an article on Facebook, the gist of which was, I am enough.

Such a small statement, yet profound if you just sit with it for a few moments. At least it was profound for me. If you read my previous blog post, Crazy Cranky Lady Horsemanship, you may remember that my pony and I had a complete meltdown – a spiral of bad feeling that left me feeling like a rotten human being and my poor horse like he had a crazy lady for a partner. It came from not putting in the hours needed over the last few years and spending much of my time with wonderful clients who are practicing many different styles of horsemanship. People who are accomplished riders and their horses are performing at high levels.

Last time, Straycat and I got ourselves into a tumultuous uproar over pulling back during saddling. I went all horsemanship on him, and we ended up both feeling ragged and unhappy. I haven’t made the time – translation: haven’t been emotionally ready – to face the situation again, even though we ended up in a peaceful place. 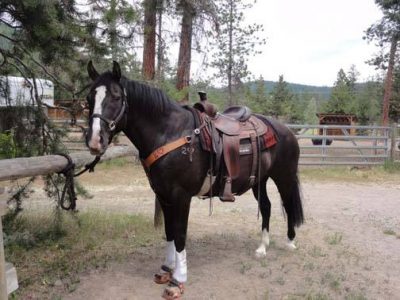 Time to conquer my demons; the little voice inside that says, ‘you should and you’re not, and you idiot, you’re doing it wrong’. Today I came to my horse completely present. And I asked what he would like to do. For the first time in quite a while, he opted to come while I held a halter. Clearly, he’d like to eat some grass. So instead of yanking on his lead shank as he went through the gate and grabbed a mouthful, I let him enjoy a little snack. Instead of tying him up at the hitching rail where we’d had our altercation, we went to the one in the shade where I used to tack up for fun vs. work. (We used to be professional guides, me ‘n Stray.) I took my time brushing, stopped to massage a bit, adjusted his frequent flyer shoulder – the one that’s more inclined to be out than in, from a childhood injury.

He was in a very relaxed place when I showed him the saddle pad. There were a few wrinkles around the eyes but no leaning backwards as I placed it on his back. Note I said placed, none of this sacking out and slapping him around with a big wool pad because he’d expressed a tad of concern over the situation. Loved on him a little bit more, placed the saddle on board. As soon as it landed, he sighed, and his entire demeanor shifted into release. I pulled leather and tightened cinch and adjusted breast collar, and Straycat could have cared less. Normal day at the office – he is after all, ‘well broke’.

We went for a stroll and stopped to talk to my husband who was doing a little woodwork. Tightened the cinch again. A moment later, Straycat squirted sideways, head up, eyes wide, looking like a spooky horse if I’ve ever seen one. Right at the spot where I’d made his life miserable in the full on horsemanship onslaught last time. However, instead of sending him into a ‘wrong thing difficult’ lunge and going back into that frame of mind, I ignored the situation. It only took a few seconds for him to calm down and become the easy going boy again.

I did ask him to lunge; less of a ‘you will’ and more of a ‘would you please’ and the Straycat I’ve known and loved for so many years demonstrated how little it takes and how quiet it can be. From there we went to the mounting block; I don’t mount well due to an old broken back injury and then there’s that old girl knee that isn’t so cooperative anymore. But Straycat has been taught to bring his left stirrup to my left knee. Quite helpful, really.

When he feels like it, he sidepasses that stirrup over and up I go. When he doesn’t feel like it, he stares off into space, itches his nose on his knee, pretends grasshoppers are fascinating, occasionally chews a fence rail if one is handy, and angles his body in many different directions none of which line up with a mounting friendly position. He’s pretty clear.

Today, he swung that left stirrup so close I had to step off the block. His choice, by the way, I just stand there with the lead shank loose in my hand and wait. I gave him some rubs and might have kissed his nose, then wandered off on foot to play at a few more in-hand games. Back to the block, and again, he couldn’t bring that stirrup over fast enough. He hasn’t been ridden in a while, a couple of months at least, and here he was offering – twice. 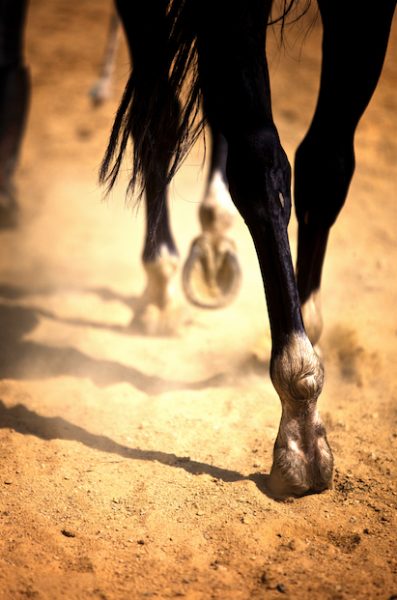 So up I went, and Straycat couldn’t have been softer or sweeter. I’d move my hip and lift one rein an inch, and he just followed the feel all over the property, around the arena, into the pasture. At one point he asked to go down the driveway, but as it’s a long weekend in the mountains and can be very busy with ATV’s and dirt bikes on the trails, I vetoed the suggestion. But he started to walk off the property of his own volition – a great gift from a trail horse keen on a bit of adventure. He asked to go into the arena, so we played in there for a while. He asked to go out into the pasture – he just wanted to move his feet and travel a bit, never once reaching down to snatch the knee high grass. We didn’t just do his thing – I’d make a suggestion, as quietly and softly as possible, and he’d be doing it as I was asking. Like he was finishing my sentences… figure 8’s around trees, why not? Change direction, sure! Open the gate? well I was just waiting for you to ask so we could go roam around in there.

Honestly, we had a ball. We had an absolutely lovely time together. We enjoyed each other’s company, the day, the sun, the feeling of a good horse going somewhere. But mostly we enjoyed being together. And that’s what I’ve been asking myself, how can I come back to the place where my horse really wants to spend time with me? Not in a goal-oriented have to get these horse keeping tasks done, or an ‘I told you to lope’ kind of way; a lot more like hanging with your best friend where you don’t want the visit to end, or the conversation to stop.

I’m reminded of another experience, one that confirmed all that I believe in and want to be with my horse(s). A few years ago I went to work on a movie set, a bucket list thing; the work was hard and the days were long. I came home after a month as exhausted as I’ve ever felt. At the time, the herd (we had 13 at the time, for our vacation business) were out on 200 rented acres. Truly magical land, with a small, serene lake surrounded by quaking aspens, which is where I took my lawn chair to recharge. I sat in the shade by the water, without having a clue where the horses might be in that rolling expanse, and whistled (I don’t whistle well, but the horses know that and are amused). After a few minutes of waiting, there was the thunder of many hooves coming at a long trot. And halting on a knoll, Straycat, looking like a Disney character, mane blowing. They all came and circled around me, checking in. 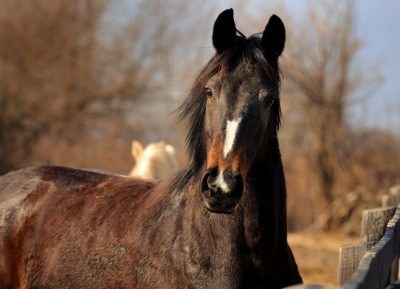 Straycat, the dominant horse, my beloved friend, marched up and snuffled me all over. He positioned himself so that his chest was against my shoulder, placed the V of his neck and head over mine, and sighed. He’d swing his head and pin his ears at the other horses when they came too close, then settle back, eyes closed and his head barely resting against my hair. He stood that way for many long minutes. After a month of not seeing him, it was the most heart-full moment of my equestrian life.

So today, after our beautiful, peaceful, let’s do this together ride, after I unsaddled and picked feet and did all those usual things, I started filling haybags for dinner feed. Straycat chose to come with me. He decided the tastiest thing ever was the hay I was pulling from. He had acres to wander and eat grass, but he opted to stand within a few feet and munch hay while I worked.

So perhaps our circles are a little egg shaped, and he’s afraid of cows (a stampede in the bush story) and there’s no way he’ll ever master a sliding stop or perform a decent piaffe. But that heart-centered thing, that feeling of choosing to spend time together for the sheer pleasure of the company, the sheer willingness of a horse that says, not just yes but let’s… it helps me to remember to gauge my own horsemanship by my own unique measuring stick. And at least for today I can say, I am enough.

At The Center Is The Heart

5 thoughts on “At The Center Is The Heart”