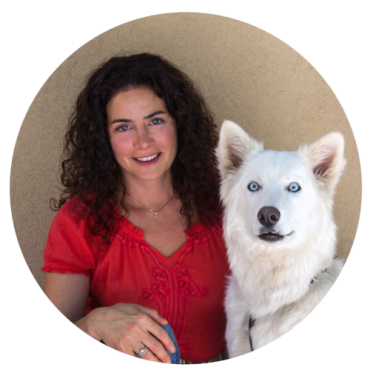 Join me for a stimulating discussion with animal communicator and life coach, Alecia Evans, about the essential lessons she’s learned from working with dogs, horses and wolves. Things like:

Alecia and I discuss how these lessons from wild beings; beings still engaged with the primal, illuminate a path forward to greater wholeness for humans. Alecia says:

“As we’re seeing the rise of the feminine on the planet, it is essential that women now understand this inner energetic language of what Fierce actually is, how important it is, and that it connects us to our gut instincts. And how it is simply used to set a clear boundary – it’s not anger, it’s just the clarity that that behaviour is done, that it will not happen again.

It can be shocking, because it is stunning, it is very intense. But if you don’t throw anger at the being and fracture the being (you’re bad, you’re wrong)… because you are so precise with it, it really doesn’t leave a lot of fragments. Anger is a self-feeding loop. Fierce is a very precise energy that the animals use to say: ‘bad behaviour is not tolerated, here’s the rules of the jungle, everybody abides by them’.”

Here’s the video of our (almost 2 hour!) discussion, along with a powerful healing breath technique that Alecia developed through her Wu Ming Qi Gong practice. If you want to jump straight to the breathing technique, start at 1:18 minutes:

If you prefer, you can listen to the audio instead, or download it to your iPhone or mp3 player (great to listen to as you drive!):

If you have any further questions (or comments) for Alecia or me, just leave them below. Thanks for joining us in the white wolf circle!

14 thoughts on “Messages from White Wolf Wisdom – The Fierce Feminine”