Cobra’s healing journey started in the usual way, as our attention was called to, and focused on the physical symptoms of distress or malfunction. Right from when Güliz first met him, she noticed that his hind legs were not in alignment, also referred to as sickle-hocked.

As our attention focused on his legs and what he needed, this soft, gentle steed became increasingly angry and aggressive. But not really, because even though he was pinning his ears and driving me, or mock-nipping me, or swinging his hind at me, at no time did I feel in real danger. It was like he didn’t actually want to hurt me, he just wanted to show me how terribly angry he was. And to have those feelings allowed and expressed.

I consider it a significant privilege when a horse entrusts me with their anger/aggression – which of course, is usually underlined with trauma at the hands of humans. The root is the trauma, and the anger sits on top of that pain and fear. 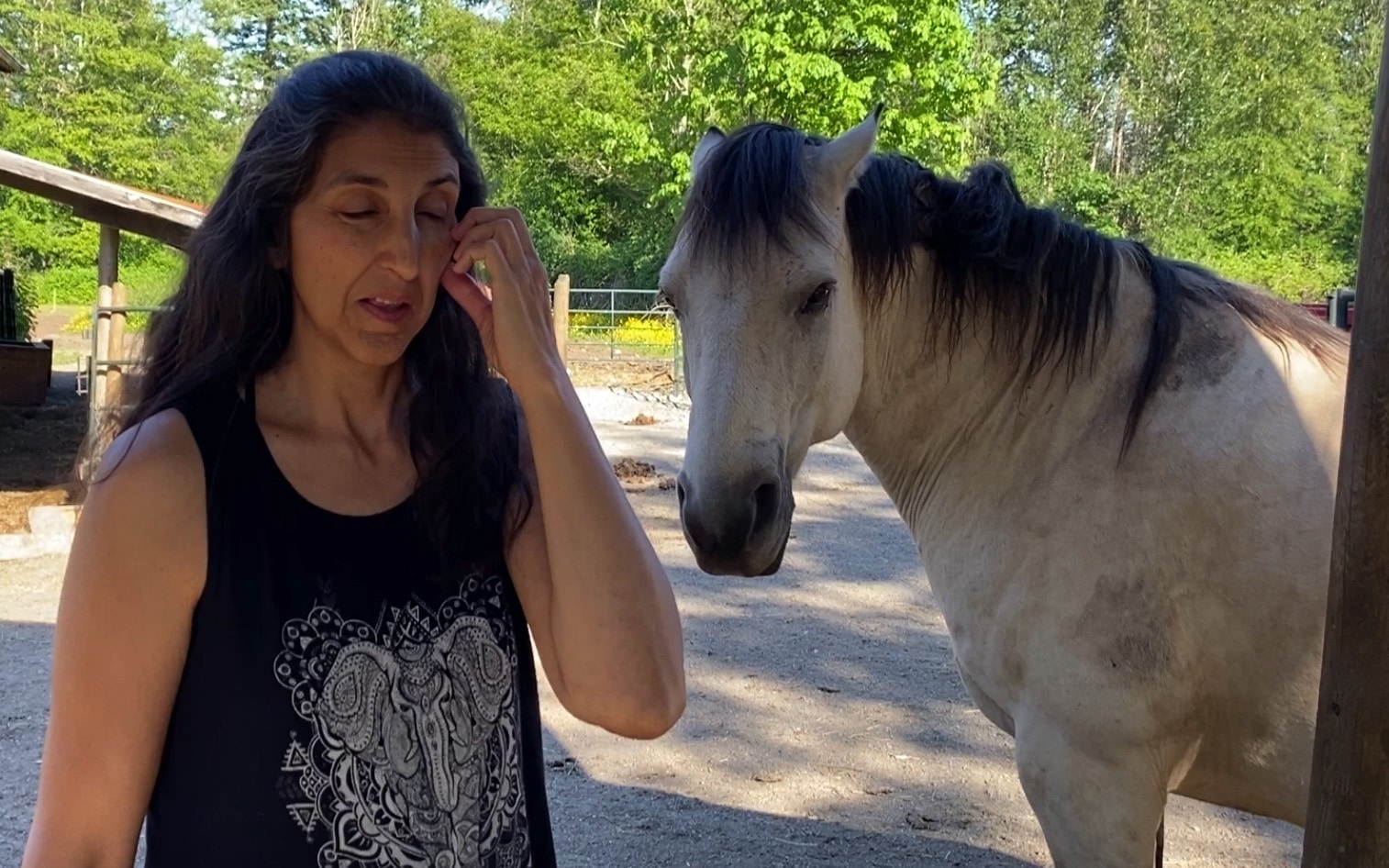 Why is Cobra so angry? Well, he lived wild on the range for the first seven years of his life, then he was captured and kept in a small pen. Without warning, and unbeknownst to his owner, he was castrated in the middle of the night by a drunk man. When his owner come out the next morning, he saw Cobra and the pen covered in blood. As tears ran down his face, he opened the gate and let Cobra free again.

This is part 1 of what turned into a 3-part healing process for Cobra (with smaller pieces in between the big sessions). As you’ll see below, Cobra wanted to receive pranic healing and energetic bodywork from Dr. Juliet Ghodsian, along with having his full emotions received and felt. As you’ll see, Juliet is a powerful empath, so feels things strongly in both her body and emotions.

After the session, we also discuss how and why we need to set healthy boundaries around empathy and the physical things energy healers need to do to keep their physical body strong and healthy.

If you’re a bodyworker, or energetic healer (healing facilitator) I’d love to hear your practices/techniques for taking care of your physical body’s needs while doing this kind of work. Just post your comment below…